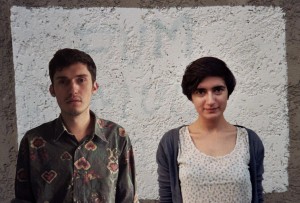 Bucharest, 1986. Craiova, 1988. They live in Bucharest.
They combine their science background with an interest in contemporary art. Their research is found at the intersection between feminism, the construction of images, the dynamic of public space and power structures.

The artwork follows a study of water content and its change throughout time. Reading the intricate connection between rivers (their course and settlements), large bodies of water and precipitation, social, human and political relations are revealed.
A textile material is treated with plant extracts which contain chromatophore substances in order to become a pH indicator and is left in the natural space so that it could be modeled by natural forces, and especially precipitations. It will be subjected to a slow and almost imperceptible transformation in the four months it will be exposed in the park, rendering visible the subtle changes rain inflicts on the weatherworn textile material. 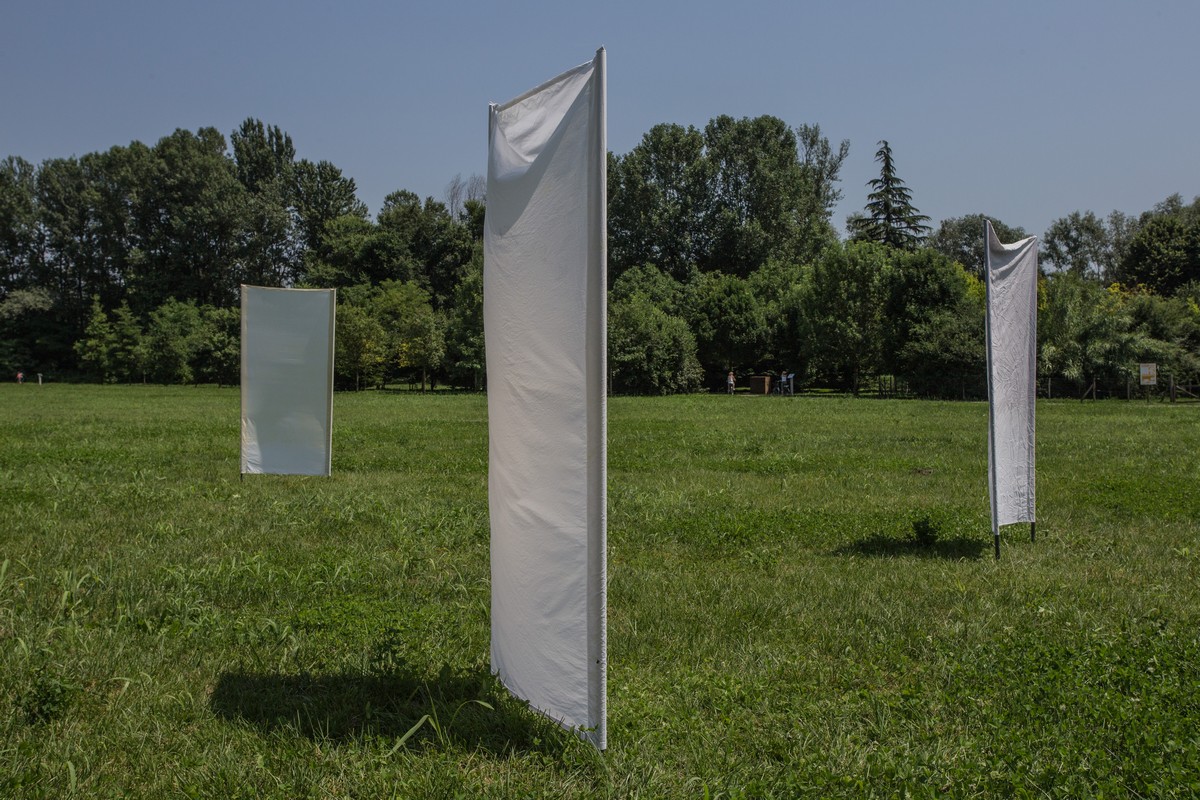 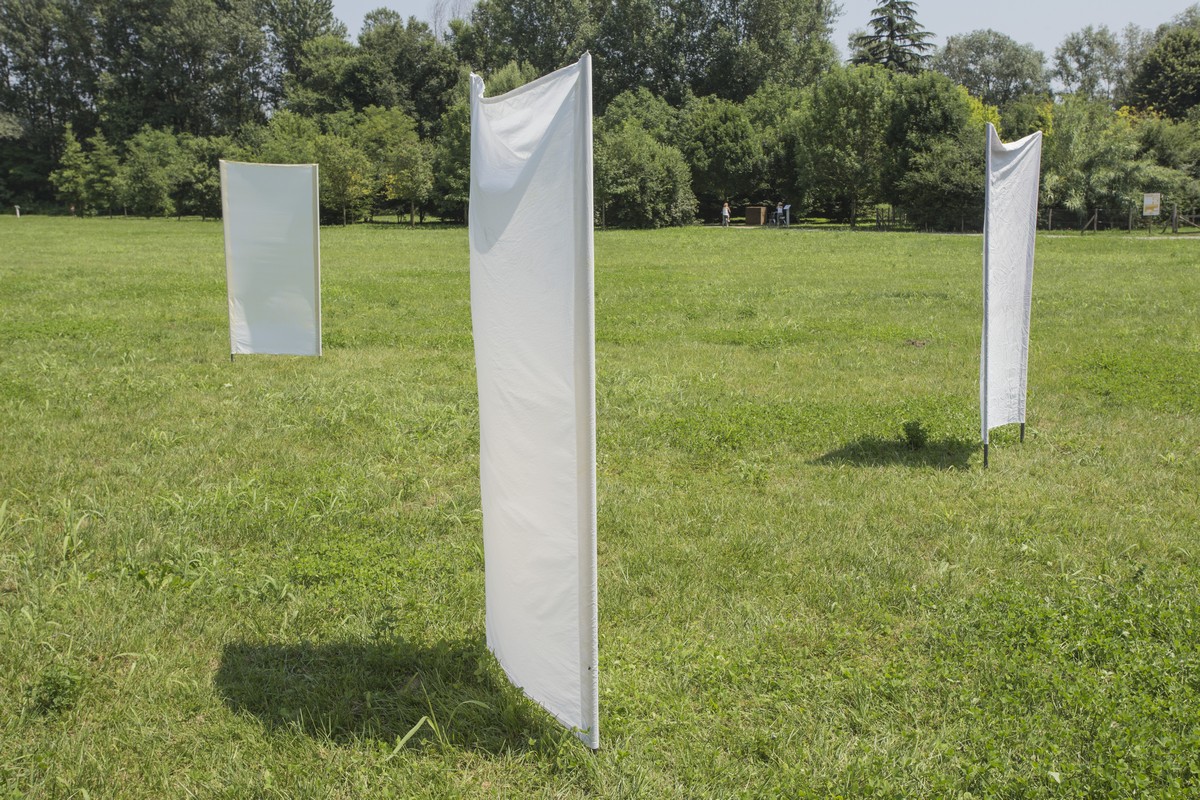 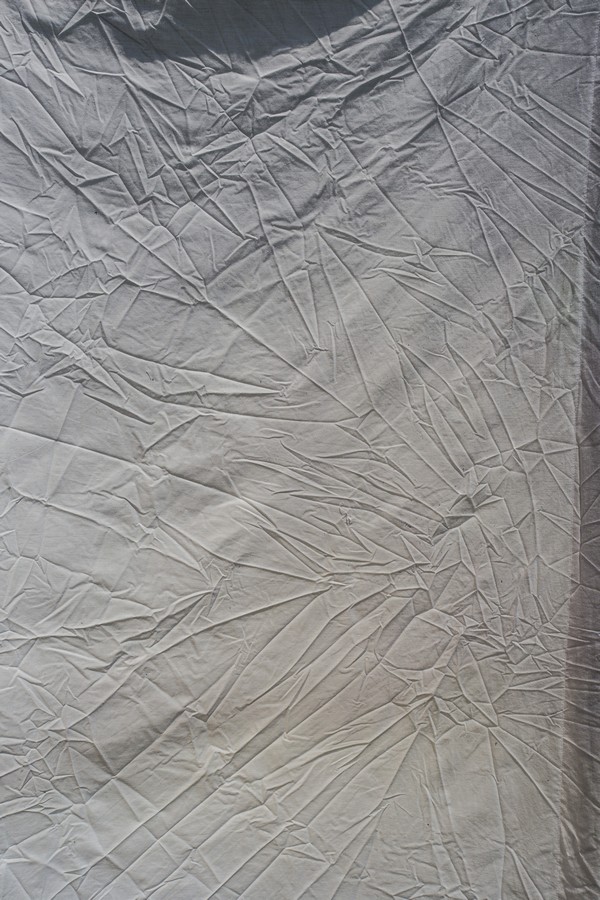 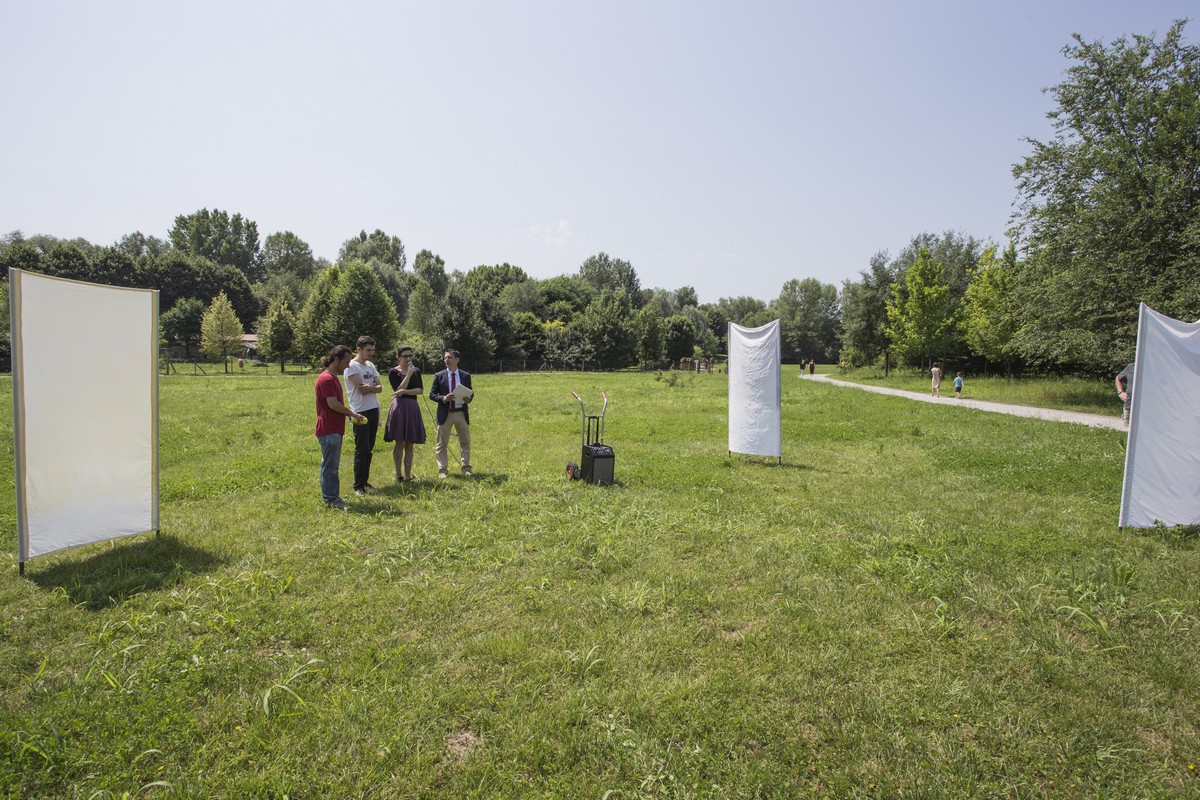 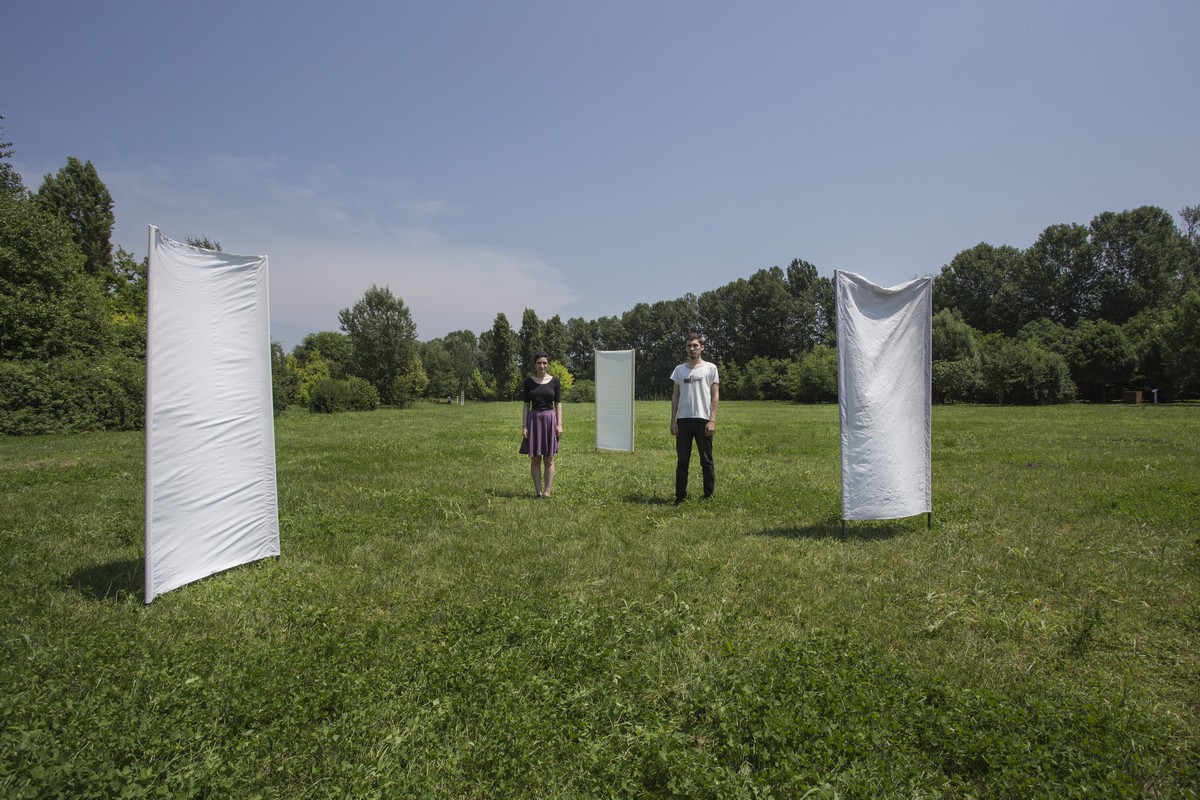 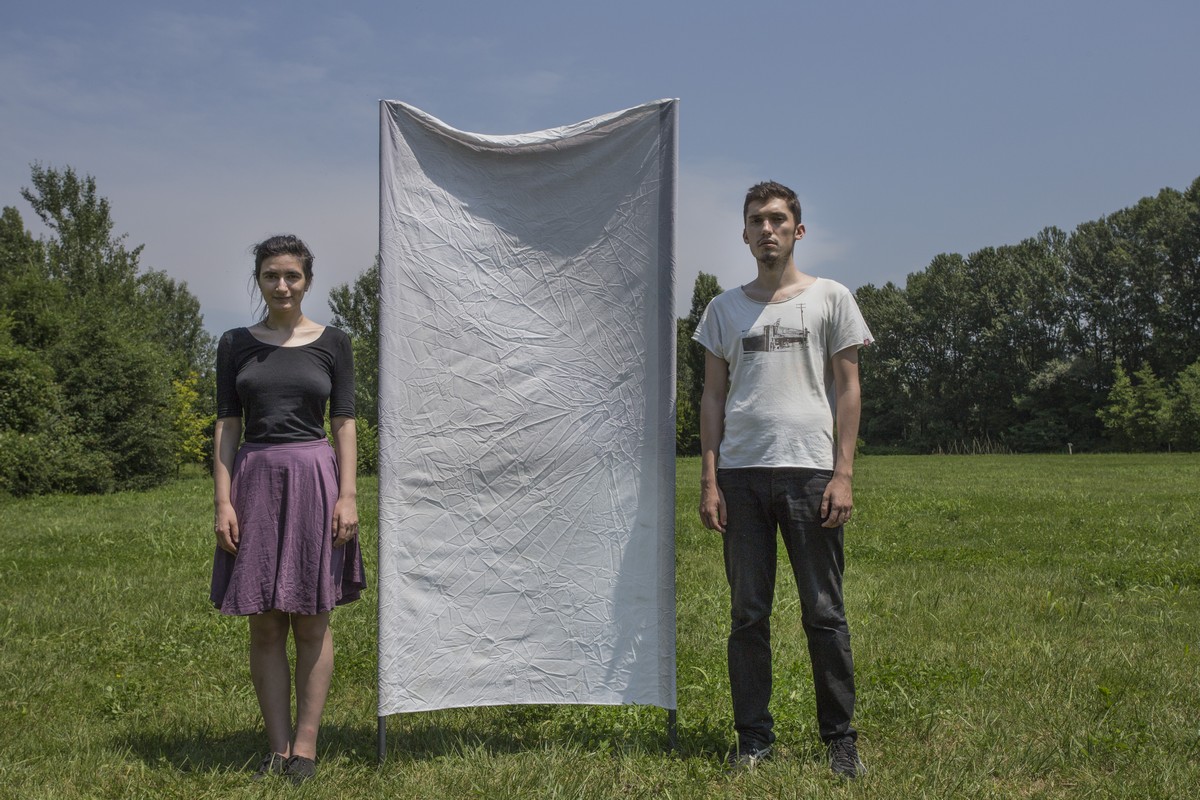 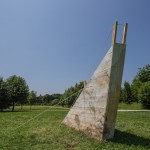 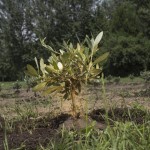