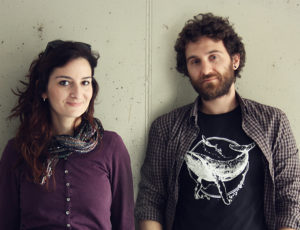 Through the installation new life has been given to bicycle wheels, the shape and purpose of the object lost, originating “Rainbow wheels”, large coloured pinwheels.
The artwork wants to make people reflect about the wheel as symbol of a reality in constant motion: its rotating movement, fast or slow, correspond with a condition of perpetual motion. The natural element, the wind, replaces man’s power in operating the bicycle wheels, creating in this way an awareness of the impact of nature on humans’ creations.
Rotation represents the becoming, the changing and the relentless flowing of time.
The artwork has been realised near the sports complex of Cassano d’Adda because the five “Rainbow wheels” recall also the five Olympic rings. 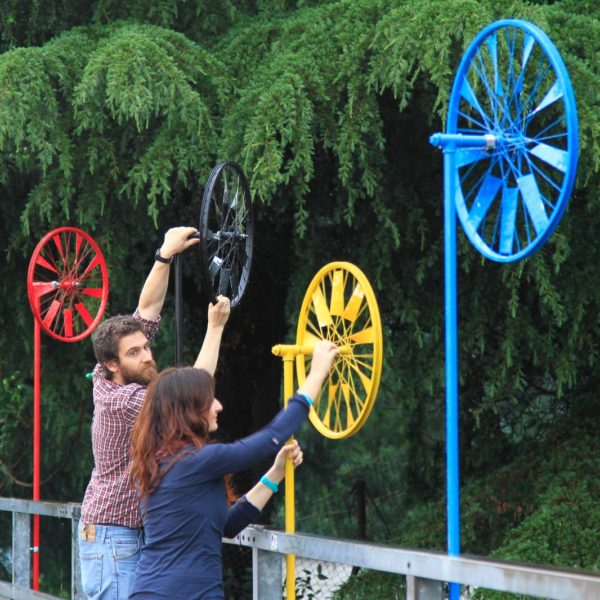 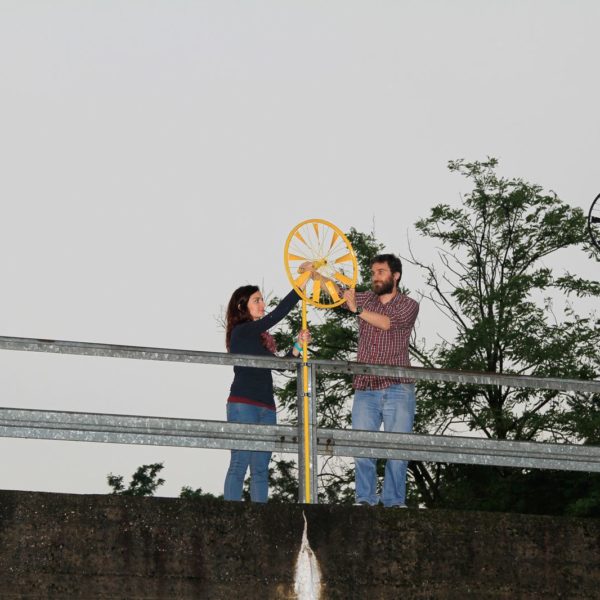 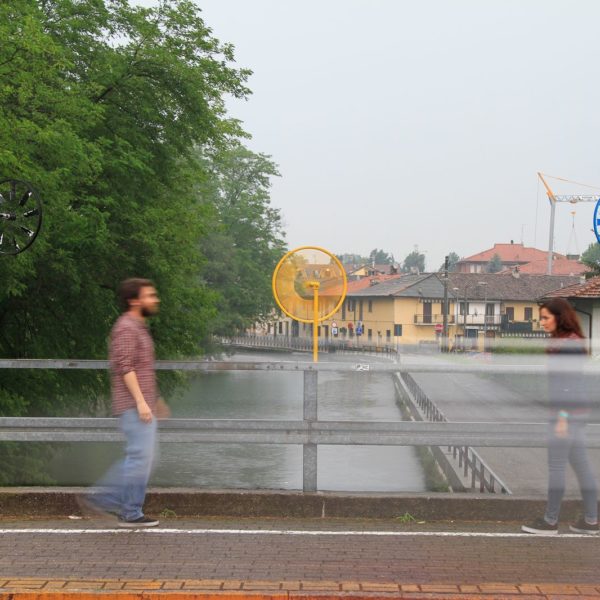 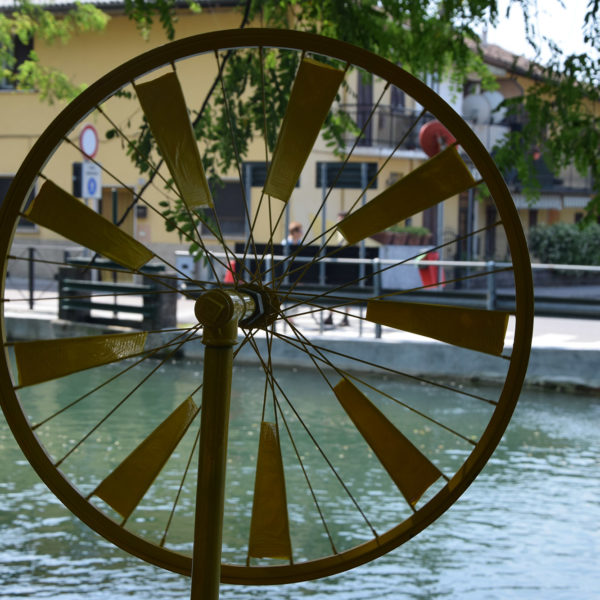 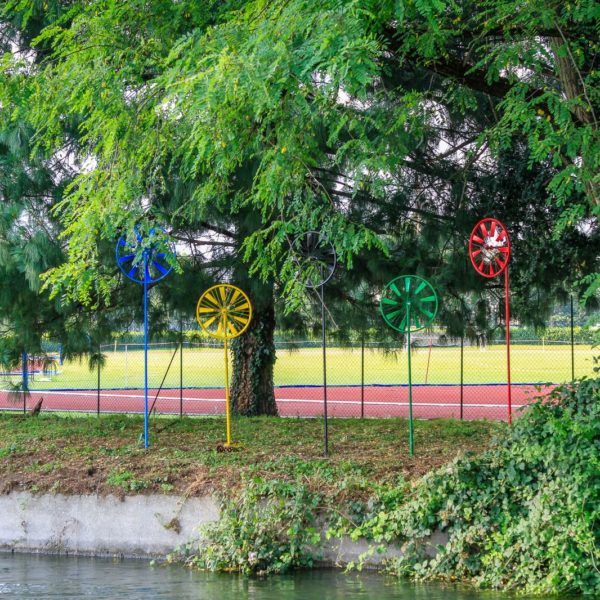 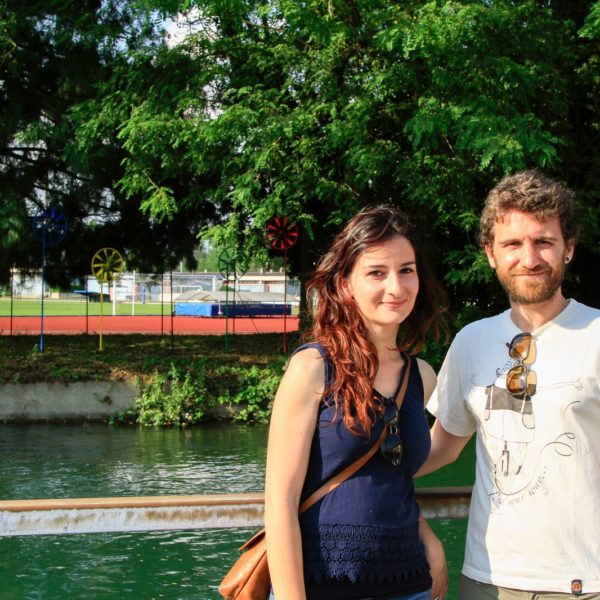 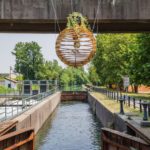 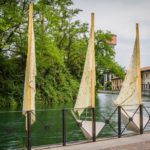