The artwork, placed on the banks of the Naviglio Martesana, comes from a reflection on the passage of past time, it is linked to the history, to the uses and the traditions and to the aesthetics of the Martesana.
The research of the two artists focused on the ancient river transport and on the boats that used to cut through the waterway focusing both on the visual and the auditory aspects, like the pleasant melody of the movement of the boats on the water.
Part of their childhood memory is the ancestral shape of the boat, an origami, the one created by every child with a sheet of paper. They recall this composition model, realising an installation of anchored masts and sails from which a faint and fleeting sound originate, caused by the passage of the wind on the sails, composed of small copper rings. A pleasing sound, an echo that can be perceived by the viewer before it is gone, magically, as our memories. 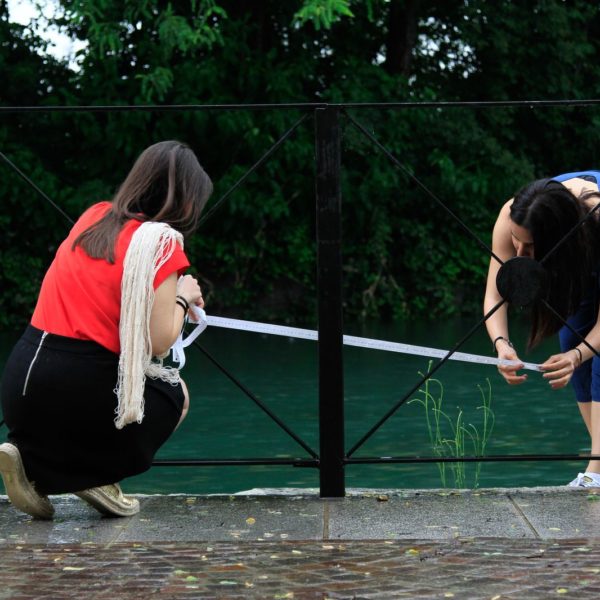 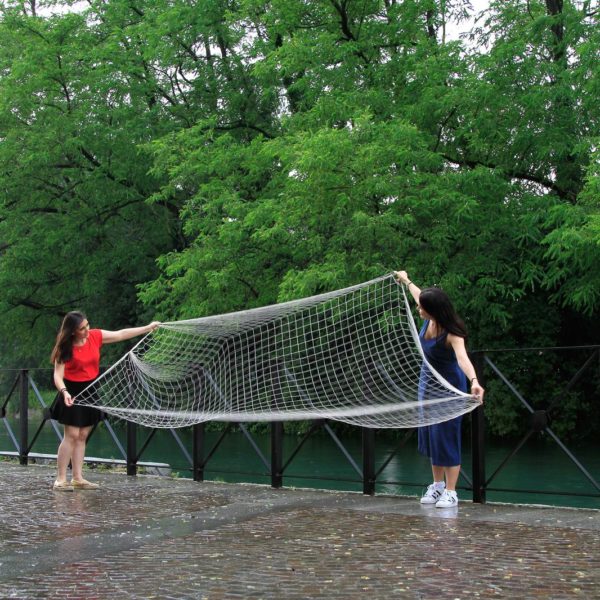 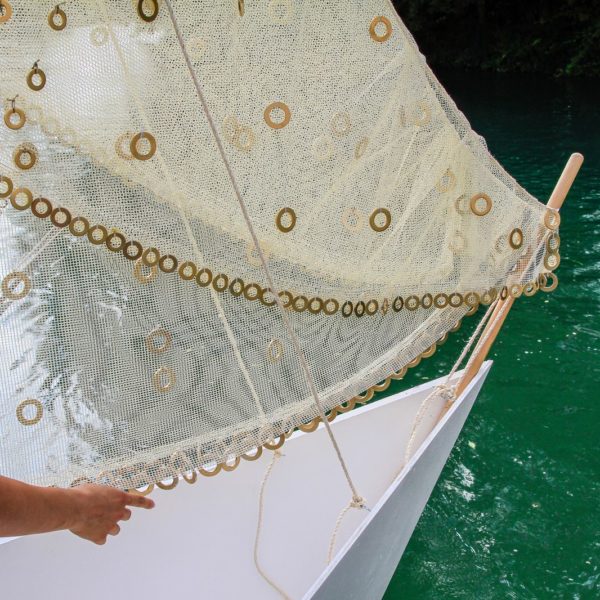 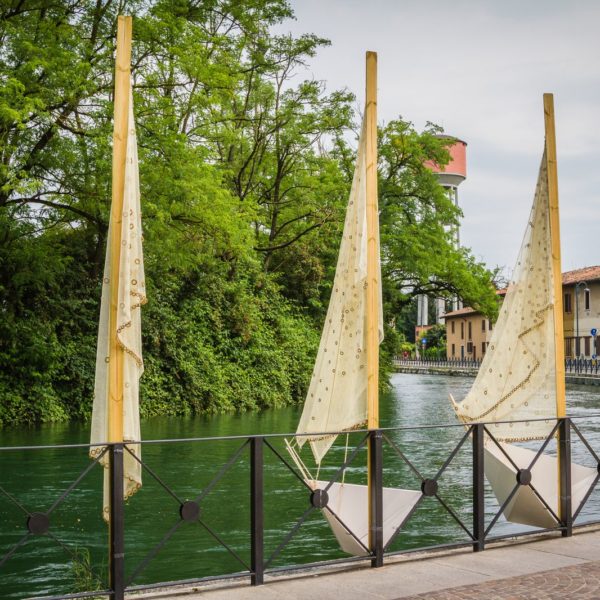 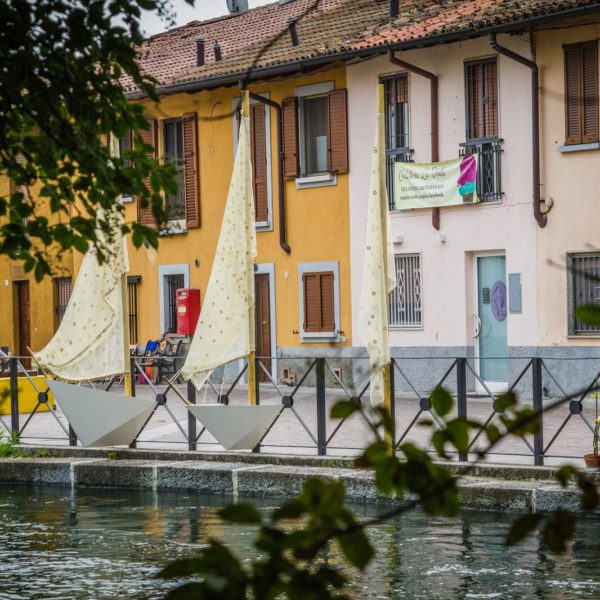 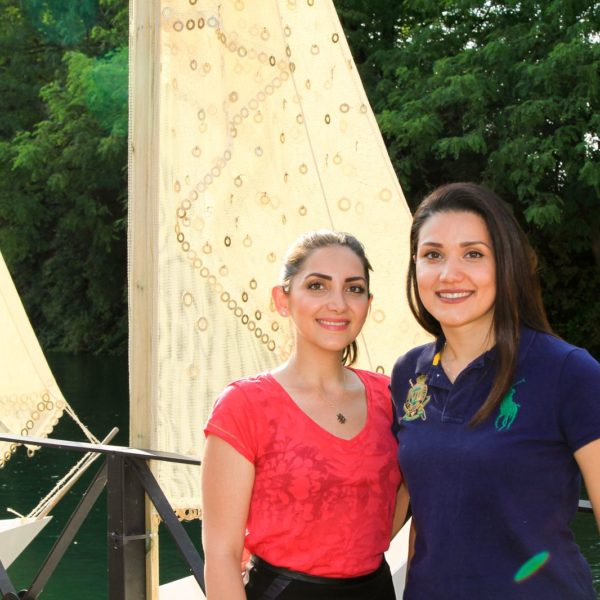 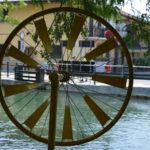 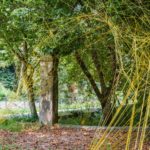