Mona Khajavi & Francesco Musci
1990 Borujerd, Iran. 1987 Milan, Italy. They live and work in Milan, Italy.
Mona has just graduated in Artistic Design for Enterprises, at the Academy of Fine Arts of Brera.
Francesco graduated from the Academy of Brera, where now he works as an assistant. In 2015 he founded the design studio MUFRA. United by an interest in the design and nature, the two artists decided to collaborate for the first time in the project of this work.

“1 2 3 Vitruvio” wants to be an attempt to relate the human being in harmony with the earth and the universe, through the personal representation of the “Vitruvian Man”.
The aim is to involve the visitors who can become part of the work in a fun and proportional way.
The installation consists of three wooden structures that can accommodate inside the man, the woman and the child, whose dimensions are designed according to the average heights of the Italian population.
Each of the structures is composed of two geometric elements joined together representing the Creation according to the vision of Leonardo: the square symbolizes the Earth as the circle the Universe. 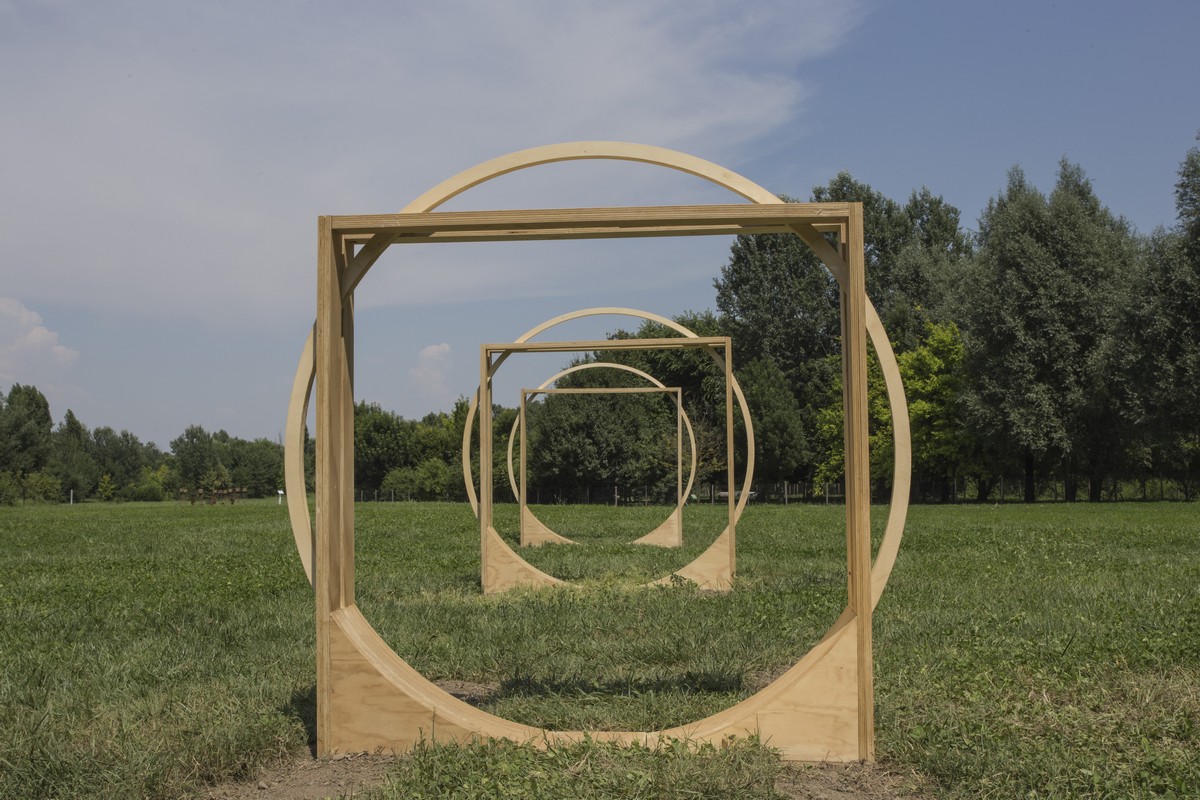 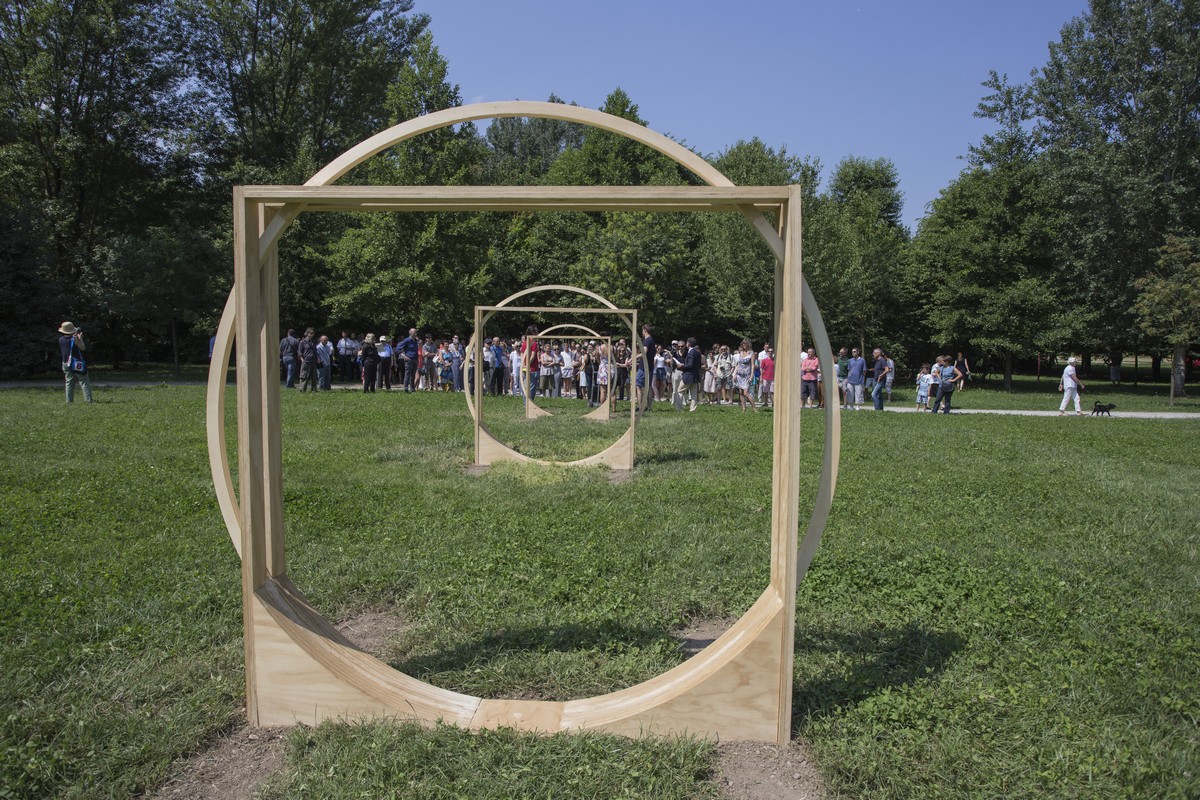 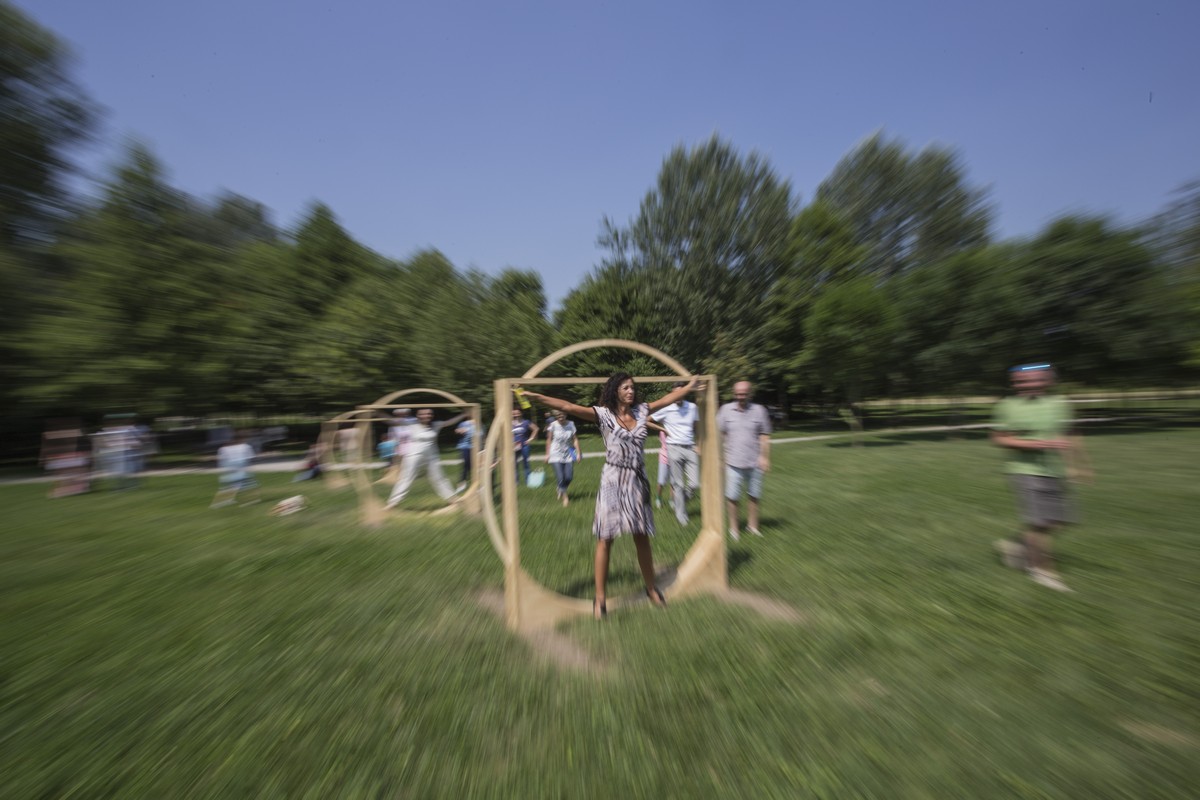 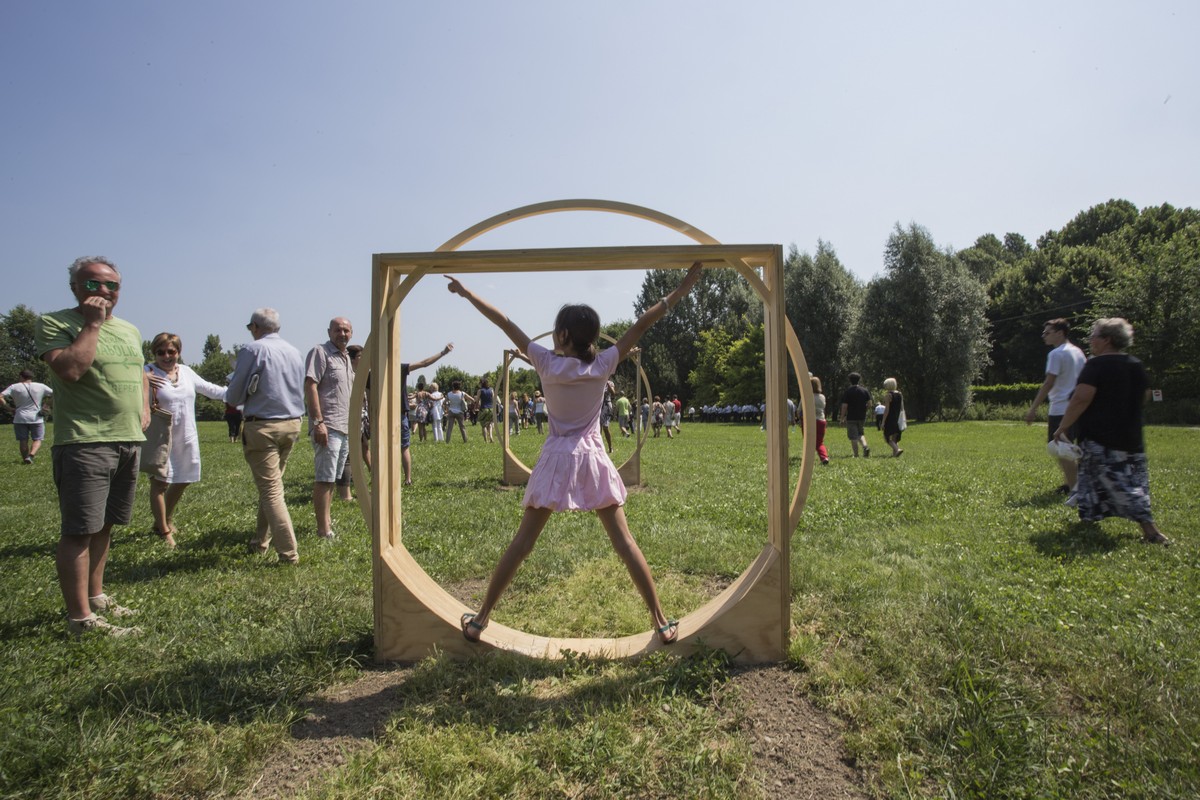 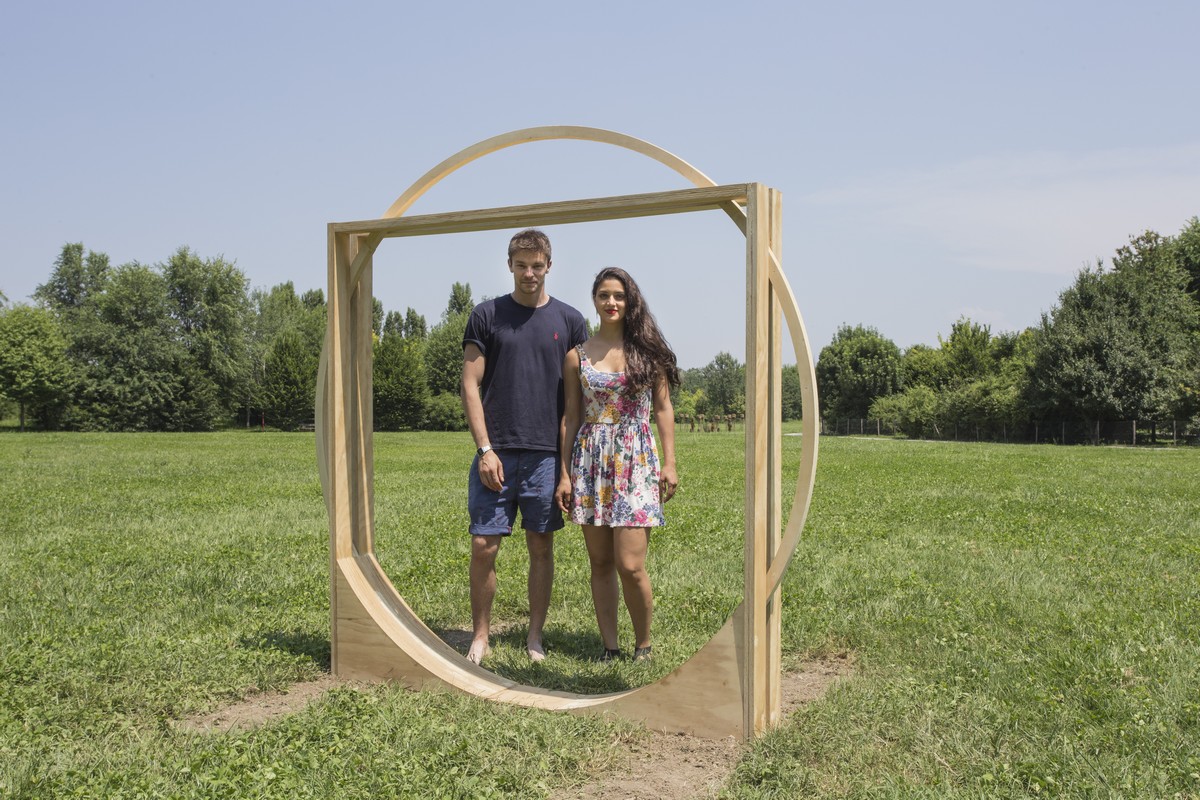 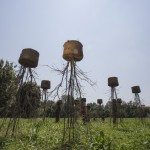